When Veronica Waldrop’s first daughter, Natalia, was three years old, Veronica began writing a poem for her. The poem, entitled “The Tale of the Nuff,” was a reminder that she’s perfect just the way she is and shouldn’t be ashamed of being unique and different.

It took Veronica several years to finish her poem the way she wanted it, and it took a different shape as the little family’s life changed. The Waldrops had another daughter, Nina, and Veronica was diagnosed with stage IV metastatic breast cancer. With cancer living in various places throughout her body, Veronica knew she had to get her affairs in order and decide what was truly important to spend the rest of her life on.

“If I’m not around, these girls will be okay. They’ll be better than okay, because they will be the daughters of Will Waldrop,” Veronica said.

But as she came to grips with the possibility that she might not be around for much longer, Veronica realized that what she wanted most was for her poem to be turned into a book so that girls everywhere could receive the same message she’d penned for her daughters: you are good enough just the way God made you.

After Veronica’s death in November of 2017, her husband, Will, went to work making sure his wife’s last wish became a reality. Will and Veronica’s daughters, now eight and four years old, will grow up remembering their mother through her children’s book and celebrating the legacy she created for girls and young women around the world.

“The stage of her journey during cancer was a tough one,” says Will. “It shows a lot of strength, the resiliency, the legacy that she’s leaving for our two little girls.”

The finished book, called The Nuff, features a beautiful but eccentric young unicorn going about her life being happy exactly as she is and knowing that she will always be “a nuff,” which is a play on the word “enough.”

“The message is that they are enough just the way that God made them,” says Will. “We’re seeing the impact not only with lots of little girls, but with girls and children everywhere.” 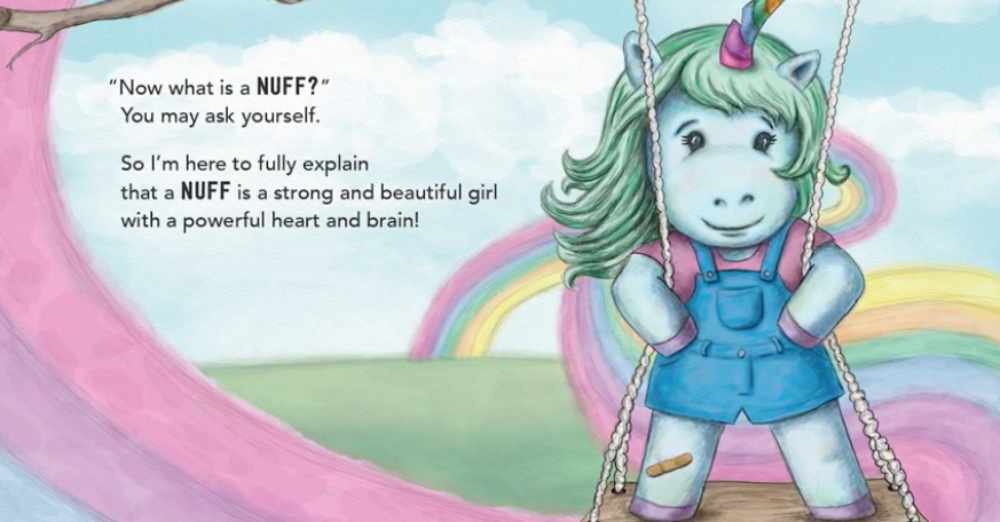 The Nuff is available online and in retail bookstores, and you can even read snippets of it on the website here before you buy.

Check out the video below to see sneak peeks from The Nuff and to learn more about Veronica’s cancer battle and her inspiration for the book. This is a truly poignant story, as heartwarming as it is heartbreaking. We suggest having a box of tissues handy.