After Breast Cancer Takes Her Friend’s Life, Young Scientist Makes Discovery About Her Type Of Cancer

Dr. Joy McDaniel, a Birmingham native and an alumna of Spelman College and the University of Alabama in Huntsville, began studying breast cancer well before it affected her personally. But when a close friend died of cancer at the age of 24, just as McDaniel was beginning her PhD program, she found extra strength and motivation to continue her work.

McDaniel’s passion lies in the study of triple-negative breast cancer, a particularly aggressive form of cancer that does not have any of the hormone receptors that most breast cancers have, making it difficult to treat. It is also the breast cancer most likely to affect African American women, which piqued McDaniel’s interest and fueled her search for new knowledge about the disease.

“One out of every three breast cancer diagnoses in African American women is triple negative,” McDaniel says.

“This was very important, because, by identifying where the binding occurs, we have a framework for what genes are being turned on or off by STAT3,” McDaniel says. “That was the first sign we may have identified something that may be important.”

Her work brings hope to the idea that there may soon be a targeted therapy for triple-negative breast cancer, making it more treatable and less deadly. McDaniel believes she’s on the track to finding a way to prevent metastasis in triple-negative cancer patients. 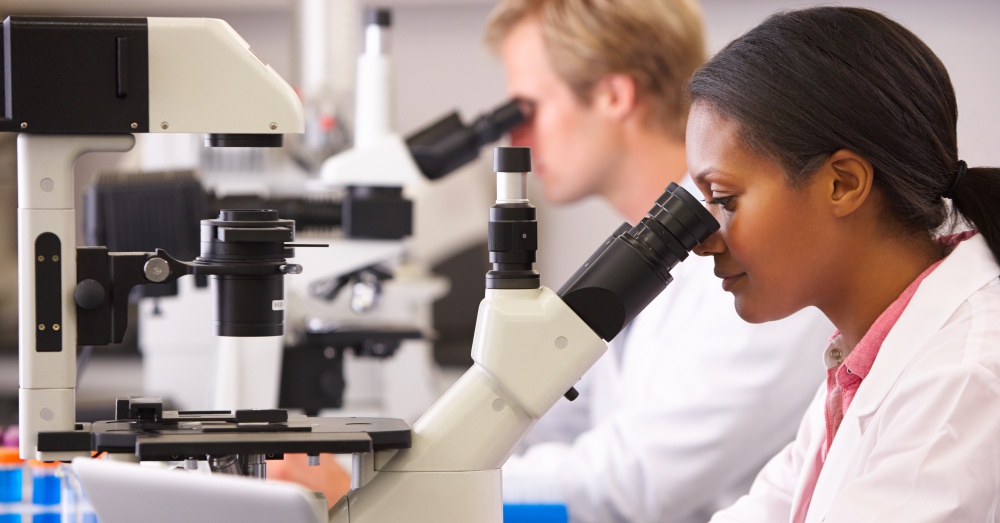 Following the breakthrough, McDaniel received a postdoctoral fellowship at the prestigious University of Texas MD Anderson Cancer Center for her work. We hope she will continue doing great things in the fight against cancer!