Doctors told Ken Broskey he had only two to ten weeks to live after fighting cancer for two years. Instead of placidly accepting his fate and living out the rest of his days quietly, Broskey made a decision that would chance his family’s future forever.

Broskey had been battling stage four oropharyngeal cancer that had metastasized to his lungs, and his health was declining. He had lost 70 pounds and his voice was becoming more and more hoarse as time went on.

His doctors urged him to enter hospice care. Broskey had gotten used to the fact that he would die from the disease, and had accepted it.

But he couldn’t accept leaving his family without making sure they would be okay after he was gone. 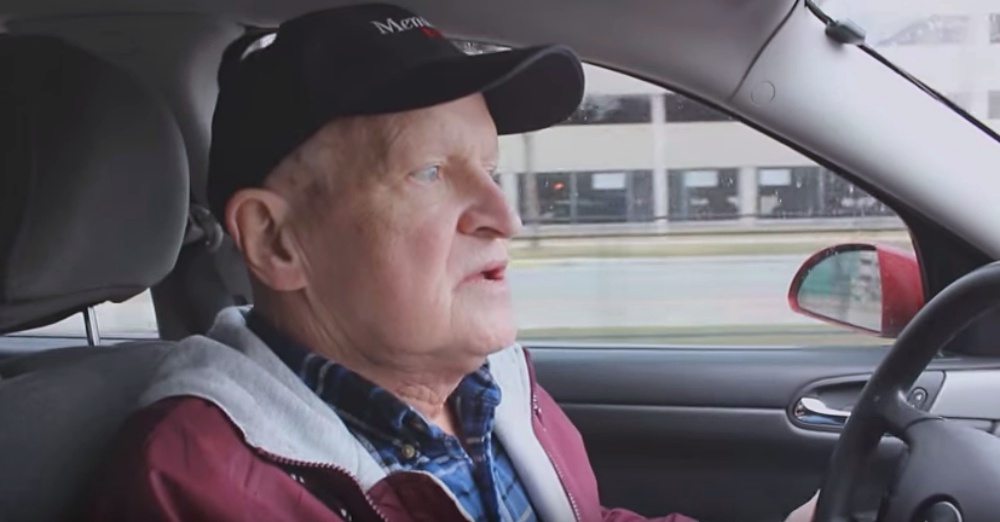 His wife of 40 years had passed away years ago due to lung cancer. Their daughter and her two kids lived with him, and he was worried that she wouldn’t be able to afford the $95,000 mortgage on just her earnings as a waitress after he passed away. So the 69-year-old widower and real estate salesman took a job with Uber in order to make some money.

One day while he working a shift, he picked up Roland Gainer, a 22-year-old college student. The ride lasted only 12 minutes, but once the young man heard Broskey’s story, he knew he had to help.

Take a look at this heartwarming video!