Lindy Cellucci weighed over 300 pounds when she decided that she needed to change her lifestyle.

She was on a vacation with three of her friends, and quickly realized that she was struggling to keep up. One particular day, there was a lot of walking involved and it was a hot day. Cellucci knew that she wouldn’t be able to navigate down a 300 too 500-step trek at the Hopewell Rocks in New Brunswick. She told her friends to go ahead without her, and watched as they laughed and shared a fun new experience together — without her.

“I was feeling very sorry for myself, and I was ashamed, and I was trying not to cry,” Cellucci told This Morning. “And I actually said out loud — so people probably though I was crazy — I said, ‘It’s time.’ I can’t do this anymore… I’m missing out on life, and I’m not gonna see my kids have kids.”

And she changed her life immediately. 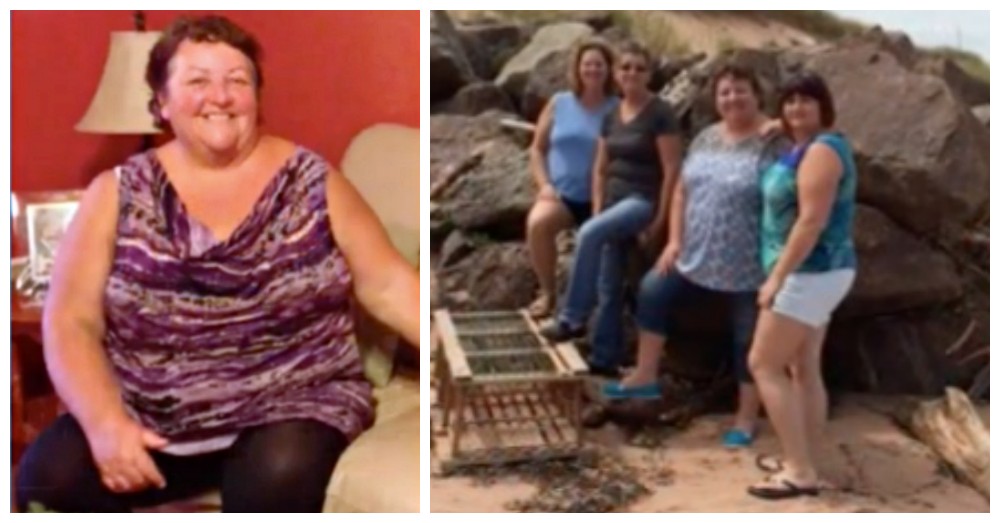 She stopped eating junk on the trip and tried to move a little bit more. Then after she got home, she joined Weight Watchers. She bought herself a Fitbit and began working out. After a year and a half of working on her health, Cellucci has lost 82 pounds and felt better than ever.

Then one day, everything changed when a new and unexpected health issue cropped up: cancer. 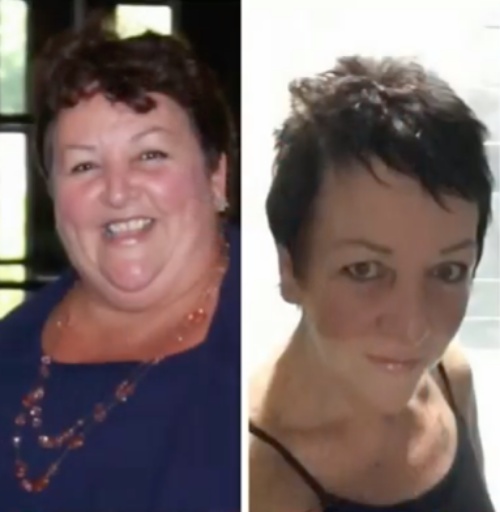 Cellucci placed her hands in her armpits to warm them after a brisk walk outside in the cold, and felt a lump in her breast.

If she hadn’t lost the weight, she says, she wouldn’t have been able to feel the lump. 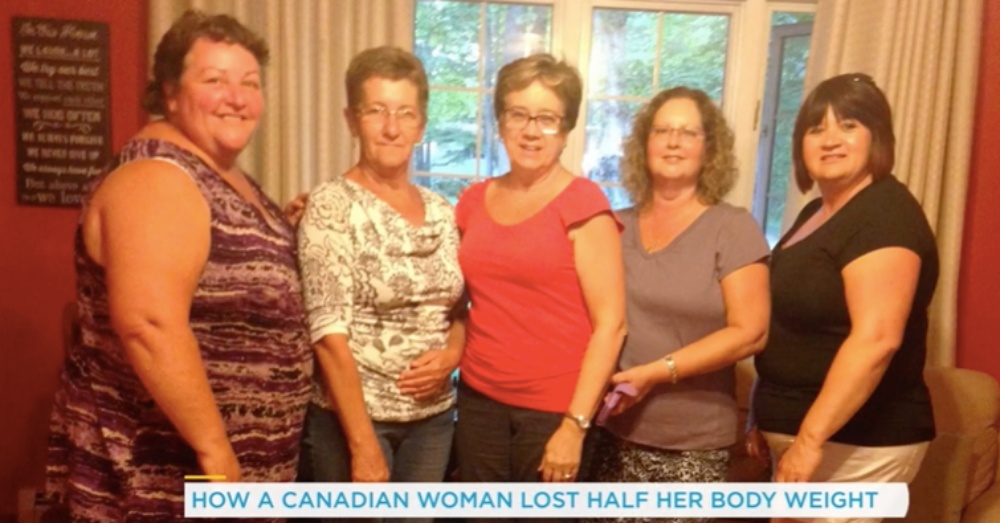 Cellucci was diagnosed with stage 2A breast cancer. She underwent months of radiation and chemo, and was put on steroids. Doctors prescribe steroids for different reasons: to reduce nausea, help with symptoms of inflammation like swelling and pain, and even to treat the cancer itself.

Her breast cancer treatment caused her to gain all the weight back that she had worked so hard to lose. 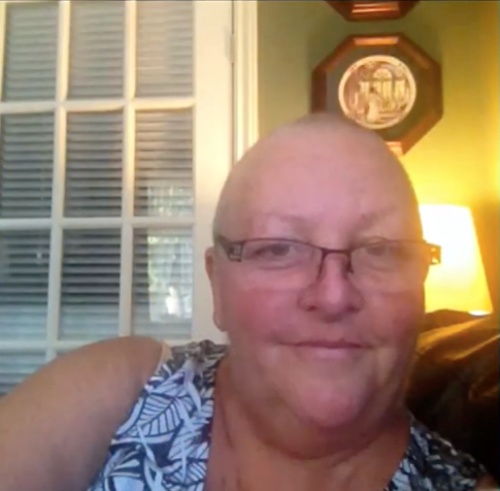 She says she didn’t care about losing her hair due to chemo, but she was “devastated” about gaining back the weight she had lost.

Cellucci was eventually declared cancer-free. That same month, she resumed her previous healthy eating habits and started becoming more active. She went back on the Weight Watchers program, and resumed activities like walking, boot camp, Zumba, and swim classes. 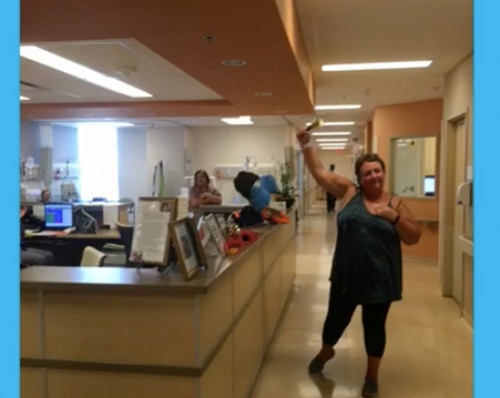 “I just said ‘You’re going to live. This is all done. Let’s just get on with it,’” she said. “And I just started again.”

Since she first began focusing on her health, Cellucci has lost over 150 pounds — over half her previous weight. 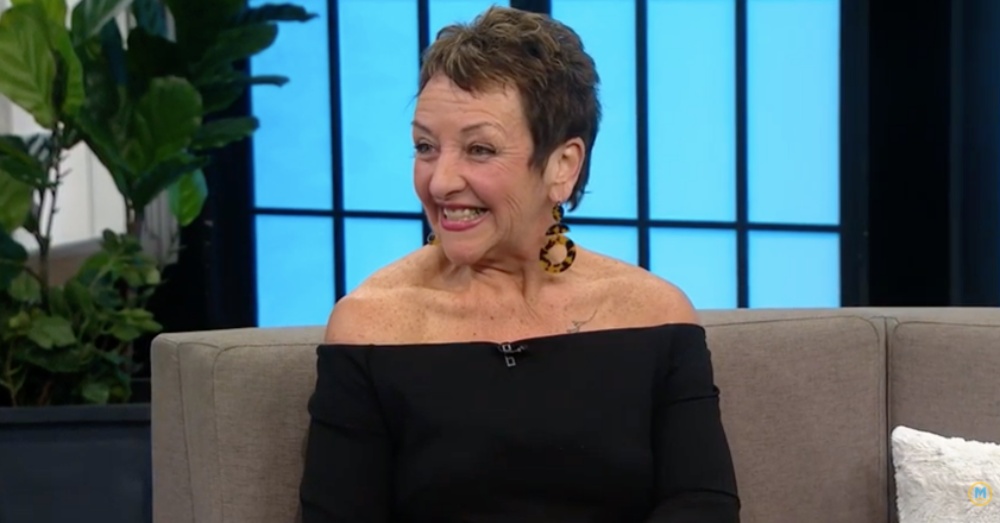 Cellucci says she’s also working on forgiving herself for gaining so much weight. The mental and emotional work has actually been tougher than the physical work.

“I need to forgive her because I don’t. I still don’t,” she said. “I’m just angry that I let myself do that, that I did that to myself, that I made myself sick. I’m still working on forgiving her because I was a good person, even though I was fat…

“I was a good mom, and generous, and funny. I was just fat.” 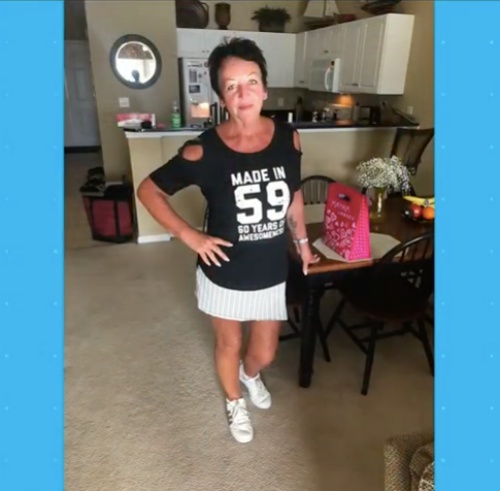 Cellucci is still working on herself, but also trying to celebrate where she is now.

Cellucci’s incredible journey even landed her on the cover on People magazine’s Half Their Size issue. Cellucci was so thrilled about the cover that she went to groceries store and told complete strangers that it was her on the cover! 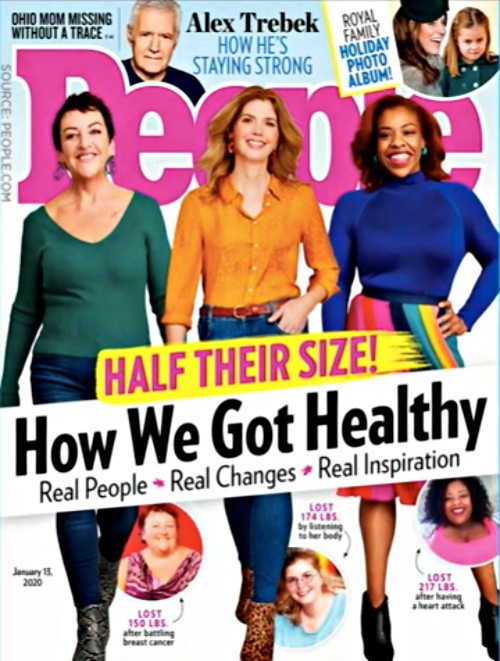 Cellucci is an inspiration on to many levels. Learn more about her in this video!

Breast Cancer Survivors Are At A Higher Risk For Weight Gain: Click “Next” below!