Previvor Covers Her Mastectomy Scars With A Wonder Woman Tattoo

When Stephanie Kelly, a 42-year-old mother of four, found out she tested positive for the BRCA1 gene and carried an increased risk of developing breast cancer, she wasn’t surprised. Her mother had already developed breast cancer twice, and she fully expected to have to watch out for it.

“With the family history and just my general luck about things, I’d always expected breast cancer to play some role in my life,” she says. “It would have been a great surprise if it had been negative, but I completely expected to hear it was positive.”

But whether it came as a surprise or not, Kelly did not ever want to find out she had cancer. She knew it was far more important to save her own life—and her quality of life—than to save her breasts. So while she didn’t yet have breast cancer, she opted to undergo a double mastectomy to rid her body of breast tissue and minimize her breast cancer risk. 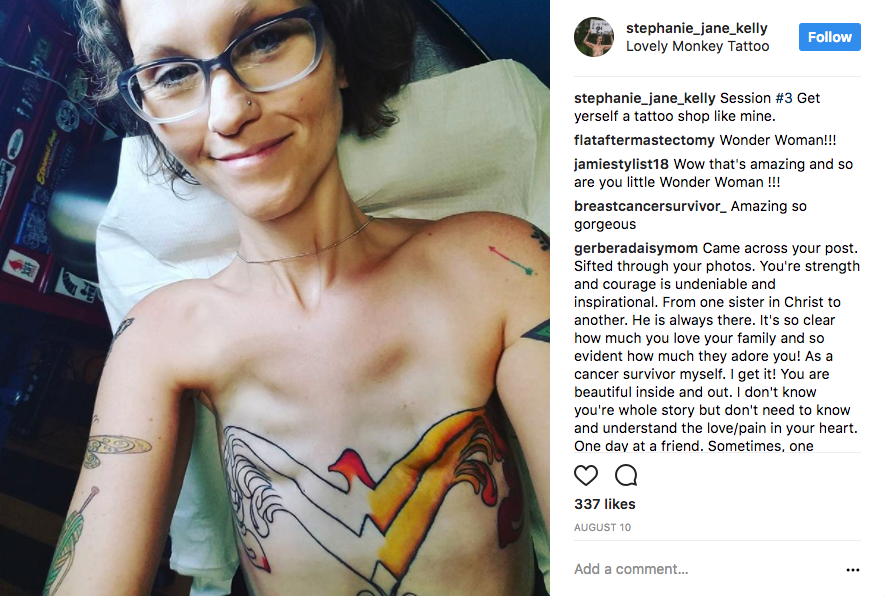 Kelly has been a long-time fan of Wonder Woman, and friends and family began sending her Wonder Woman gifts—like figurines, clothes, and cards—as she went through preparation, surgery, and recovery.

“It all helped me feel stronger,” she says, “and it was a way to feel all the love and support I had and bring that along with me.” 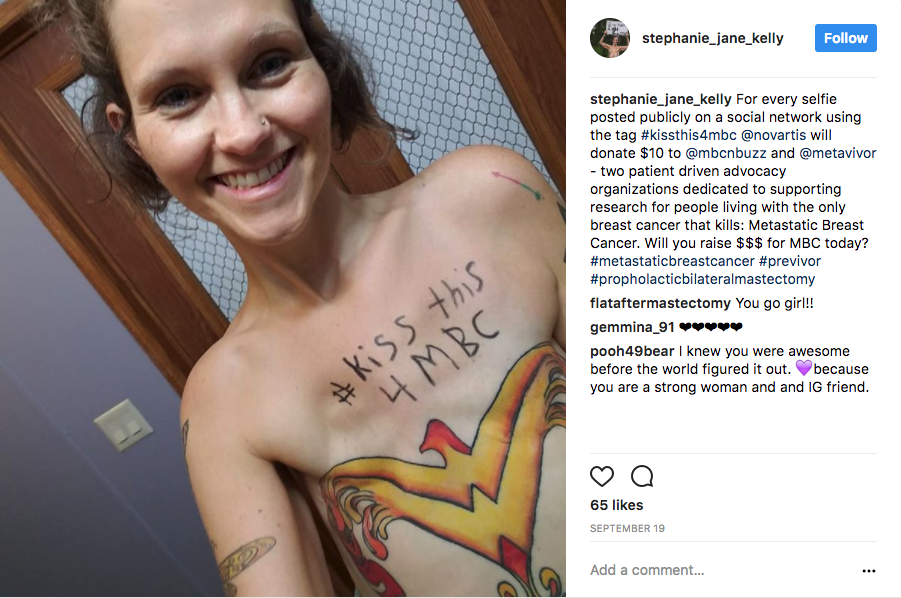 After opting not to have reconstruction due to health complications, and inspired by the support from friends and family, Kelly decided to get a tattoo to cover her mastectomy scars. And what else could it be, of course, but something related to Wonder Woman?

Another of Kelly’s favorite things is a phoenix, so she took the two ideas to her tattoo artist, where they were married in this gorgeous and colorful tattoo masterpiece that represents the strength and fearlessness of this courageous “previvor.” 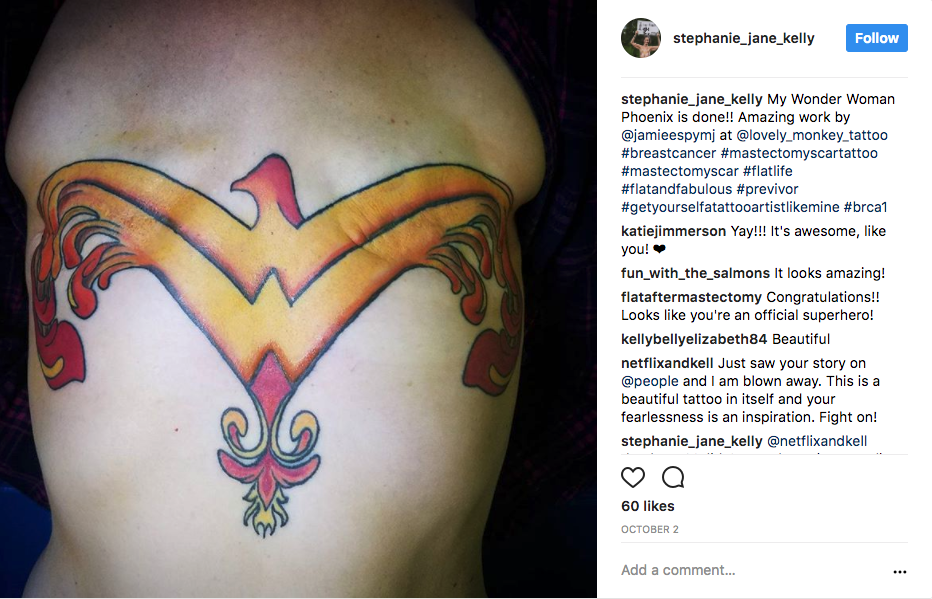 Kelly’s tattoo is just one example of a healing art form that has begun trending in the post-mastectomy world. But her particular spin on the mastectomy tattoo is certainly one worth admiring.